Controversies Around the Toad Medicine

The booming consumption of 5-meo-DMT—the chemical extracted from the Bufo alvarius toad, endemic to the Sonoran desert—in the second decade of the twenty-first century has caused a series of controversies concerning the substance’s history and its sociocultural uses in alternative urban spaces, as well as its emergence in the indigenous cultures of the Sonoran desert. This “toad medicine” news has been spread mostly through the Internet, which has increased its demand in Mexico, the United States, and in some countries in Europe and South America. The dissemination of diverse user discourses has facilitated the creation of a new range of networks of exchange and consumption that goes beyond the bioregional territory of the toad.

His findings led him to believe that the legend of the Bufo alvarius species in modern usage was inspired by a scientific study on the species’ venom in the 1960s.

Throughout the twentieth century, researchers have speculated on the ritualistic component of the Bufo toad in Mesoamerica, evidenced by archaeological findings in Mayan, Olmec, and Mexica sites. Ethnopharmacologist Wade Davis conducted detailed research on the subject in the 1990s, preceded by a personal experience with 5-meo-DMT of the Bufo alvarius toad in Arizona in the U.S. He was introduced to the substance by 1960s by a hippie named White Dog, who also shared this practice with other individuals in the same network that included Dr. Gerardo Sandoval, who became one of the substance’s pioneers in Mexico. Davis worked alongside archaeologists to determine if various ancient toad species were recognizable as the Bufo marinus species (endemic to the Latin American Caribbean). His findings led him to believe that the legend of the Bufo alvarius species in modern usage was inspired by a scientific study on the species’ venom in the 1960s, which inspired many psychonauts to smoke it. These findings appeared in the pamphlet entitled, Bufo alvarius: The Psychedelic Toad of the Sonoran Desert, published in 1984, under the pseudonym of Albert Most. This pamphlet made widely available the procedures on how to obtain the psychoactive substance.

Recent ethnohistorical research in the Trincheras area, located in the Mexican State of Sonora, offers further insight on the potential uses of this substance in Aridoamerica. Its history is still in the process of being written; thus, we cannot yet confirm or deny if the substance formed part of their traditions. Moreover, it is imperative to recognize the complexity of the process of extermination, acculturation, and social exclusion of the indigenous groups of the area, who were divided arbitrarily during colonial times, and are so even up to this day. In fact, several traditional territories, primarily in the Tohono O’odham´s territory, coincide with the native habitat of the Bufo alvarius.

Nowadays, the consumption of 5-meo-DMT has appeared in various spaces, practiced by new specialists known as “facilitators” (the term alludes to the fact that they do not intervene in the process: “everything is up to the molecule”). These specialists, the majority of whom receive associational legitimacy from indigenous members of Sonora after fostering relationships with these cultures, can be found throughout Mexico and worldwide. The massive diffusion of articles and videos in the media has entered the practices of these specialists into the collective imagination. According to testimonials, the toad was introduced to the Sonoran Desert cultures in 2011, by the Comca’ac (Seris) people, through a local citizens group from Hermosillo in Sonora. This group’s membership is made up of people with a background in cultural management, humanities, arts, and psychonautics. They promote the integration of the substance into efforts to consolidate the cultural identity of eight indigenous cultures of Sonora who have experienced significant adversity and cultural disintegration due to drug trafficking in recent years. That’s how the civil association OTA.C. started (from “Otac,” a Comca´ac term that means “toad”), which promoted the appropriation of the consumption of the toad in relation to the Comca´ac identity. The current president of the group is Francisco Barnett Astorga, member of the ancient council and distinguished spiritual leader, who was a recipient of the National Prize of Arts and Popular Traditions in 2017. The first encounters with the Comca´ac resulted in a series of meetings and discussions of various perspectives on the uses of the toad in this culture. This includes the collaboration of the OTA.C. Foundation with Dr. Octavio Rettig, who had the goal of curing the methamphetamine (crystal meth) addiction of some of his members through Otac treatment. These collaborations permitted the Comca’ac members to mediate the usage of the substance as a treatment for addictions.

The OTA.C. foundation terminated this episodic collaboration in December of 2012 because, as Odily Fuentes (creator of the project) commented,

“The foundation has left that experimental project with the Seris … It was a failed attempt in the sense that it wasn’t going to work out, that’s not what it’s supposed to be used for… they keep using drugs still, I even saw pipes of methamphetamine mixed with toad… They are very contaminated with methamphetamine, but it’s not even their problem, what’s happening here is that the same government and municipality is giving them the methamphetamine, because it’s an extermination tool for the system…”

The unfinished project and the expansion of the traditional use of 5-meo-DMT not only reflects the immediate impact of the media, but also the profound changes in each of the cultures involved. The practice has extended to the Tohono O’odham, Yaquis, and Mayos in recent years for this reason, the toad is becoming a key element in certain cultural reclamation efforts. Some of the members have introduced 5-meo-DMT in combination with their traditional ceremonies. Citing the testimony of Samuel Amistron, a member of the Tohono O’odham community,

At the beginning, I didn’t want to take that responsibility, because before the medicine took hold of me, the tribe had already told me that I would have a guide, which is a job that requires continuous responsibility … I am not the facilitator of the medicine; instead, I learned to work with medicine … If I prescribe the medicine I have to assist, I have to be present, I myself have to consume the medicine so I know what is going on with you … What I do is take the medicine myself constantly to maintain the ego suspended … so it isn’t me who is interfering … It is the guide that the teachers up above gave me … The only way you can be protected is with them, if they protect me, and I have support in my job, as a guide connecting them to the great spirit so they can heal, be it spiritually, physically or mentally. There where we work is beyond. I am simply a tool, same as the medicine.

The introduction of 5-meo-DMT into the pan-indigenous discourse of “ancestral medicine” has found a niche in the alternative circles of Mexico who customarily use psychoactive substances such as peyote, mushrooms, ayahuasca, and iboga. Its emergence in alternative circles has facilitated its adoption by psychonauts, neohealers, therapists, urban shamans, and specialist members of other indigenous cultures, and ultimately, the recognition of the toad as a spiritual medicine. For example, in Mexico City, the toad has been given to Mara´kate Wixárika and taitas from Colombia and Peru, as well as to many elder dancers of the Mexican identity revitalization movement. Also, some shamans and facilitators in Mexico City have been involved in the practice of sharing the toad outside of Mexico with members of indigenous cultures of South America who traditionally use ayahuasca, as well as in numerous other intercultural encounters.

Similarly, the increase in toad extraction usage in urban spaces has penetrated scenes where LSD, changa, Hawaiian Woodrose, and others are being used. However, due to the strength of the psychoactive ingredient that it possesses, its use has been most relevant within a ceremonial context, consumed either collectively or individually, while in a controlled environment designed for the participant of the experience. Smoking toad is a product of cultural hybridity, with diverse ritual practices in accordance to each network, group or individual involved in its usage.

The toad medicine has been sought by a growing and diverse public, including those who have never experienced other psychoactives; those who seek to treat all sorts of psychoemotional problems, such as suicidal tendencies, fears of death, and family and relationship troubles; those seeking solutions to substance addiction (heroin, methamphetamine, marijuana, alcohol, etc.); those seeking relief from urban life anxieties; and those seeking a form of spiritual awakening or self-discovery. It has also been used medically to treat schizophrenia and autism. The toad medicine has maintained an open and experimental practice.

Outside of Mexico, important processes are also being developed on various uses of toad medicine. In the USA, the medicine of the toad is offered for between 50 and 300 dollars to the public in general, since it is very sought after as a remedy for addiction to antidepressants and to Adderall. Similarly, the practice has been introduced in ceremonial contexts with circles of members of the Native American Church through some facilitators and therapists. We also have information from the facilitator Yannina Thomassiny in Texas, who has employed high performance trainers to use the toad in a program that combines physical, mental, and spiritual exercises.

The transversal character of the toad medicine, in its simultaneously traditional, medicinal, therapeutic, and spiritual capacity, is what mobilizes and justifies its consumption. Although it is not yet a legalized substance in Mexico, the general public has accepted it more readily than other prohibited substances.

In the face of imminent threat of extinction—due to black market dynamics and ecological disturbance, and the threat of banning the use of 5-meo-DMT—the cultures of the Sonoran Desert continue to work alongside the OTA.C. Foundation in order to defend and protect the toad. These protection efforts will continue to confront complex political and sociocultural forces due to the diversity of perspectives and positions on the topic. 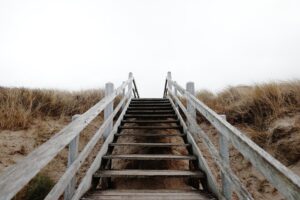 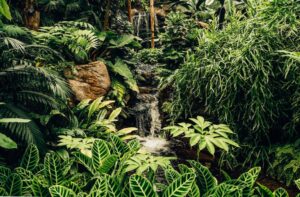 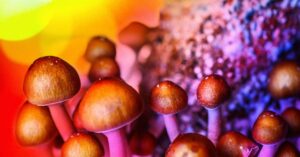 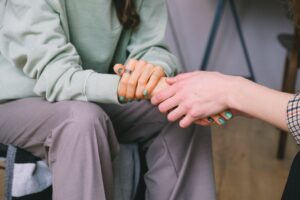